In 1972, I was counselor at a school in Indiana. Our young and dearly loved principal had gone out of state to a conference and left the school in the care of the two counselors—one of which was I, Yvonne; the other was Jim. We laughed a lot. Then I got the idea to write the principal a letter and send it to him at the conference. It didn’t get there in time, but it was forwarded to him and he received it a few days after he returned to the school. Had he received it while at the conference, he would likely have been apprehensive after reading the first couple of paragraphs. However, after reading further, he would have understood that it was to induce laughter; nothing more. I haven’t pulled this writing trick on any of my superiors since that time. That doesn’t mean I didn’t participate in a few comedies in the following years.

Not long ago, I ran across the letter and sent it to my boss. Unfortunately, I now live a few hundred miles away so I didn’t get to see his reaction. By the way, of those named in the letter Whitey and Paul were custodians. Phyllis and Joy ran the office.

Click on the link to read the unedited letter (I really wanted to correct the mistakes!)… and remember only the names are real.

Recently, my boss’s wife sent this picture of me in my counselor’s office in 1972, about the time the letter was written. 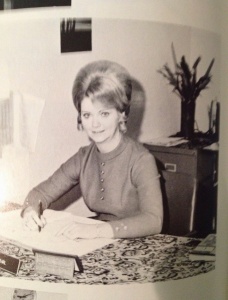